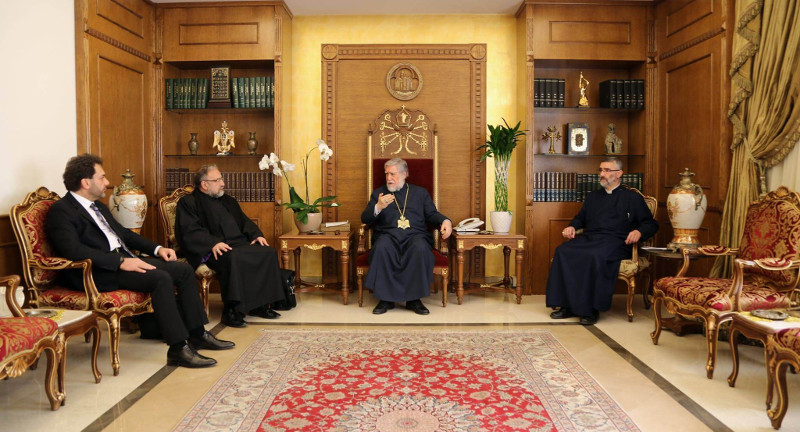 Leaders and authorities from many religious denominations candidly acknowledge that Saturday is the biblical Sabbath day and that there is no biblical basis for Sunday observance. Notice below some of their admissions that the change was made by the Roman Catholic Church and not on the basis of biblical instruction.

“Nowhere in the Bible do we find that Christ or the Apostles ordered that the Sabbath be changed from Saturday to Sunday. We have the commandment of God given to Moses to keep holy the Sabbath day, that is the 7th day of the week, Saturday. Today most Christians keep Sunday because it has been revealed to us by the [Roman Catholic] church outside the Bible” (“To Tell You the Truth,” The Catholic Virginian, Oct. 3, 1947, p. 9).

“But since Saturday, not Sunday, is specified in the Bible, isn’t it curious that non-Catholics who profess to take their religion directly from the Bible, and not the Church, observe Sunday instead of Saturday? Yes of course, it is inconsistent; but this change was made about 15 centuries before Protestantism was born, and by that time the custom was universally observed. They have continued the custom, even though it rests upon the authority of the Catholic Church and not upon an explicit text in the Bible” (Dr. John O’Brien, Faith of Millions, pp. 543-544).

“You may read the Bible from Genesis to Revelation, and you will not find a single line authorizing the sanctification of Sunday. The Scriptures enforce the religious observance of Saturday, a day which we never sanctify” (James Cardinal Gibbons, Faith of our Fathers, 88th ed., p. 89).

“Q: Which is the Sabbath day?

“A: Saturday is the Sabbath day.

“Q: Why do we observe Sunday instead of Saturday?

“A: We observe Sunday instead of Saturday because the Catholic Church, in the Council of Laodicea, transferred the solemnity from Saturday to Sunday” (Peter Geiermann, The Convert’s Catechism of Catholic Doctrine, 1957, p. 50).

“The Sabbath was binding in Eden, and it has been in force ever since. This fourth commandment begins with the word ‘remember,’ showing that the Sabbath already existed when God wrote the law on the tables of stone at Sinai. How can men claim that this one commandment has been done away with when they will admit that the other nine are still binding?” (Dwight L. Moody, Weighed and Wanting, pp. 47-48).

“To me it seems unaccountable that Jesus, during three years’ discussion with His disciples, often conversing with them upon the Sabbath question . . . never alluded to any transference of the day; also, that during forty days of His resurrection life, no such thing was intimated . . .

“Of course I quite well know that Sunday did come into use in early Christian history . . . But what a pity that it comes branded with the mark of Paganism, and christened with the name of the sun-god, adopted and sanctioned by the Papal apostasy, and bequeathed as a sacred legacy to Protestantism” (Dr. Edward Hiscox, before a New York ministers’ conference, Nov. 13, 1893, as reported in the New York Examiner, Nov. 16, 1893).

“There was never any formal or authoritative change from the Jewish seventh-day Sabbath to the Christian first-day observance”(William Owen Carver, The Lord’s Day in Our Day, 1940, p. 49).

Congregationalist: “It is quite clear that however rigidly or devotedly we may spend Sunday, we are not keeping the Sabbath . . . The Sabbath was founded on a specific Divine command. We can plead no such command for the obligation to observe Sunday” (Dr. R.W. Dale, The Ten Commandments, 1884, p. 100).

Lutheran: “But they err in teaching that Sunday has taken the place of the Old Testament Sabbath and therefore must be kept as the seventh day had to be kept by the children of Israel . . . These churches err in their teaching, for Scripture has in no way ordained the first day of the week in place of the Sabbath. There is simply no law in the New Testament to that effect” (John Theodore Mueller, Sabbath or Sunday, pp. 15-16).

Methodist: “Take the matter of Sunday. There are indications in the New Testament as to how the church came to keep the first day of the week as its day of worship, but there is no passage telling Christians to keep that day or to transfer the Jewish Sabbath to that day”(Harris Franklin Rall, Christian Advocate, July 2, 1942, p. 26).

Presbyterian: “The Sabbath is a part of the Decalogue—the Ten Commandments. This alone forever settles the question as to the perpetuity of the institution . . . Until, therefore, it can be shown that the whole moral law has been repealed, the Sabbath will stand . . . The teaching of Christ confirms the perpetuity of the Sabbath” (T.C. Blake, D.D., Theology Condensed, pp. 474-475).

Does it matter to God?

According to Christ’s own statements, it is possible to worship Him in a way that does no good—that is, it is in vain. God does not give us the choice of how to worship Him—only whether we will worship Him according to His instructions or not. What, then, must He think of those who ignore His commands regarding the Sabbath, substituting instead a different day?

JESUIT INFILTRATION of ADVENTISM & the PAPACY: KING of the NORTH of DANIEL 11 PT 2