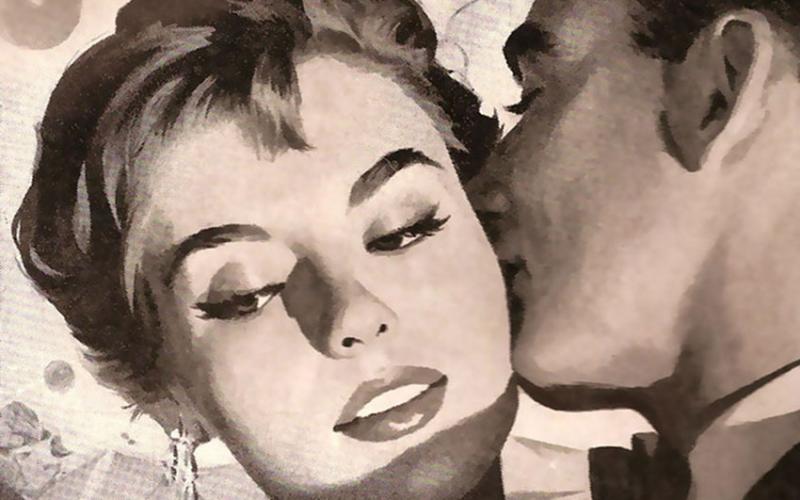 I write with a distressed heart that the women in this age, both married and unmarried, too frequently do not maintain the reserve that is necessary. They act like coquettes. They encourage the attentions of single and married men, and those who are weak in moral power will be ensnared. These things, if allowed, deaden the moral senses and blind the mind so that crime does not appear sinful.

Thoughts are awakened that would not have been if woman had kept her place in all modesty and sobriety. She may have had no unlawful purpose or motive herself, but she has given encouragement to men who are tempted, and who need all the help they can get from those associated with them. By being circumspect, reserved, taking no liberties, receiving no unwarrantable attentions, but preserving a high moral tone and becoming dignity, much evil might be avoided. {AH 331.3}

I have long been designing to speak to my sisters and tell them that, from what the Lord has been pleased to show me from time to time, there is a great fault among them. They are not careful to abstain from all appearance of evil. They are not all circumspect in their deportment, as becometh women professing godliness. Their words are not as select and well chosen as those of women who have received the grace of God should be. They are too familiar with their brethren. They linger around them, incline toward them, and seem to choose their society. They are highly gratified with their attention. {AH 332.1}

From the light which the Lord has given me, our sisters should pursue a very different course. They should be more reserved, manifest less boldness, and encourage in themselves “shamefacedness and sobriety.” Both brethren and sisters indulge in too much jovial talk when in each other’s society. Women professing godliness indulge in much jesting, joking, and laughing. This is unbecoming and grieves the Spirit of God. These exhibitions reveal a lack of true Christian refinement. They do not strengthen the soul in God, but bring great darkness; they drive away the pure, refined, heavenly angels and bring those who engage in these wrongs down to a low level.

I have been shown families where the husband and father has not preserved that reserve, that dignified, godlike manhood which is befitting a follower of Christ. He has failed to perform the kind, tender, courteous acts due to his wife, whom he has promised before God and angels to love, respect, and honor while they both shall live. The girl employed to do the work has been free and somewhat forward to dress his hair and to be affectionately attentive, and he is pleased, foolishly pleased. In his love and attention to his wife he is not as demonstrative as he once was. Be sure that Satan is at work here. Respect your hired help, treat them kindly, considerately, but go no farther. Let your deportment
be such that there will be no advances to familiarity from them. {AH 337.2}

The slightest insinuations, from whatever source they may come, inviting you to indulge in sin or to allow the least unwarrantable liberty with your persons, should be resented as the worst of insults to your dignified womanhood. The kiss upon your cheek, at an improper time and place, should lead you to repel the emissary of Satan with disgust. If it is from one in high places, who is dealing in sacred things, the sin is of tenfold greater magnitude and should lead a Godfearing woman or youth to recoil with horror, not only from the sin he would have you commit, but from the hypocrisy and villainy of one whom the people respect and honor as God’s servant. He is handling sacred things, yet hiding his
baseness of heart under a ministerial cloak. Be afraid of anything like this familiarity. Be sure that the least approach to it is evidence of a lascivious mind and a lustful eye. If the least encouragement is given in this direction, if any of the liberties mentioned are tolerated, no better evidence can be given that your mind is not pure and chaste as it should be, and that sin and crime have charms for you. You lower the standard of your dignified, virtuous womanhood and give unmistakable evidence that a low, brutal, common passion and lust has been suffered to remain alive in your heart and
has never been crucified. {CH 612.1}

The man who stands in a position of responsibility in any of our schools cannot be too careful of his words and his acts. Never should he allow the least approach to familiarity in his relations to the students, such as placing his hand on the arm or shoulder of a girl student. He should in no case give the impression that commonness and familiarity are allowable. His lips and his hands are to express nothing that anyone could take advantage of. {CT 256.3}

The Saviour’s entire life was characterized by disinterested benevolence and the beauty of holiness. He is our pattern of goodness. From the beginning of His ministry, men began to comprehend more clearly the character of God. He carried out His teachings in His own life. He showed consistency without obstinacy, benevolence without weakness, tenderness and sympathy without sentimentalism. He was highly social, yet He possessed a reserve that discouraged any familiarity. His temperance never led to bigotry or austerity. He was not conformed to the world, yet He was attentive to the wants of the least among men. {CT 262.1}

When one who claims to be teaching the truth is inclined to be much in the company of young or even married women, when he familiarly lays his hand upon their person, or is often found conversing with them in a familiar manner, be afraid of him; the pure principles of truth are not wrought in his soul. Such are not workers with Jesus; they are not in Christ, and Christ is not abiding in them. They need a thorough conversion before God can accept their labors. The truth of heavenly origin never degrades the receiver, never leads him to the least approach to undue familiarity; on the contrary, it sanctifies the believer, refines his taste, elevates and ennobles him, and brings him into a close connection
with Jesus. It leads him to regard the apostle Paul’s injunction to abstain from even the appearance of evil, lest his good should be evil spoken of. . . . {Ev 680.2}

Men who are doing God’s work, and who have Christ abiding in their hearts, will not lower the standard of morality, but will ever seek to elevate it. They will not find pleasure in the flattery of women, or in being petted by them. Let both young and married men say, Hands off! I will not give the least occasion to have my good evil spoken of. My good name is capital of far more value to me than gold or silver. Let me preserve it untarnished. If men assail that name, it shall not be because I have given them any occasion to do so, but for the same reason that they spoke falsely of Christ– because they hated the purity and holiness of his character; for it was a constant rebuke to them. {Ev 680.3}

I wish I could impress upon every worker in God’s cause, the great need of continual, earnest prayer. They cannot be constantly upon their knees, but they can be uplifting their hearts to God. This is the way that Enoch walked with God.– Review and Herald, Nov. 10, 1885. {Ev 681.1}

I was shown that the usefulness of young ministers, married or unmarried, is often destroyed by the attachment shown to them by young women. Such do not realize that other eyes are upon them, and that the course pursued by them may have a tendency to very much injure the influence of the minister to whom they give so much attention. If they would strictly regard the rules of propriety, it would be much better for them and much better for their minister. It places him in a disagreeable position and causes others to look upon him in a wrong light. Yet I saw that the burden of the matter rests upon the ministers themselves. They should show a distaste for these things, and if they take the course
which God would have them, they will not be troubled long. They should shun every appearance of evil, and when young women are very sociable, it is their duty to let them know that it is not pleasing. They must repulse this forwardness even if they are thought to be rude. Such things should be rebuked in order to save the cause from reproach. Young women who have been converted to the truth and to God will listen to reproof and will be reformed. {1T 381.1}