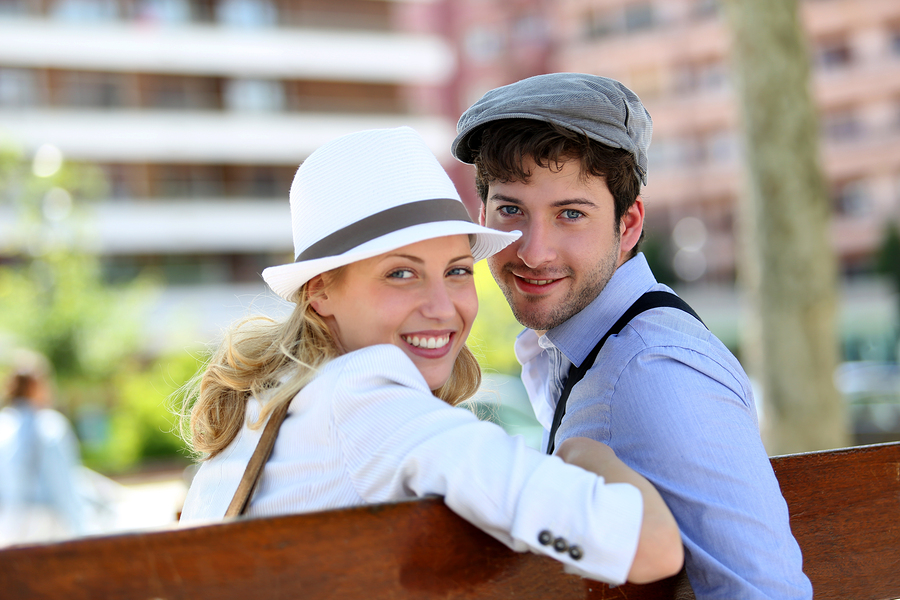 Any Woman that is spiritually ahead of the man that she is considering a courtship or marriage with is unequally yoked. God never intended that the woman be the head. This is a mistake that I see being made throughout Christendom and is the same principle as rejecting women’s ordination. By pulpit I mean serving as Pastors and Elders. This is outside of the will of God and will give a false representation of Christ. One can be unequally yoked even when they are married to someone of the same faith. Even if both of you believe PRESENT TRUTH you can still be unequally yoked because of a lack of compatibility or different callings placed on his/her life by God. – David House (Ephesians 5:23 & 1 Tim. 2:12-15)

There is still another style of dress which will be adopted by a class of so-called dress reformers. They will imitate the opposite sex, as nearly as possible. They will wear the cap, pants, vest, coat, and boots, the last of which is the most sensible part of the costume. Those who adopt and advocate this style of dress, are carrying the so-called dress reform to very objectionable lengths. Confusion will be the result. Some who adopt this costume may be correct in their views in general upon the health question, and they could be instrumental in accomplishing vastly more good if they did not carry the matter of dress to such extremes. {2SM 477.7}

God designed there should be a plain distinction between male and female dress, and has considered the matter of sufficient importance to give explicit directions in regard to it; for the same dress worn by both sexes would cause confusion, and great increase of crime. St. Paul would utter a rebuke, were he alive, and should behold females professing Godliness with this style of dress. “In like manner also, that women adorn themselves in modest apparel, with shamefacedness and sobriety; not with broided hair, or gold, or pearls, or costly array; but (which becometh women professing Godliness) with good works.” The mass of professed Christians utterly disregard the teachings of the Apostles, and wear gold, pearls and costly array. {2SM 478.1}

God’s loyal people are the light of the world, and the salt of the earth. And they should ever remember that their influence is of value. Were they to exchange the extreme long, for the extreme short dress, they would, to a great extent, destroy their influence. Unbelievers, whom it is their duty to benefit, and seek to bring to the Lamb of God, would be disgusted. Many improvements can be made in the dress of females in reference to health, without making so great a change as to disgust the beholder. {2SM 478.2}

In answer to letters of inquiry from many sisters relative to the proper length of the reform dress, I would say that in our part of the State of Michigan we have adopted the uniform length of about nine inches from the floor. I take this opportunity to answer these inquiries in order to save the time required to answer so many letters. I should have spoken before, but have waited to see something definite on this point in the Health Reformer. I would earnestly recommend uniformity in length, and would say that nine inches as nearly accords with my views of the matter as I am able to express it in inches. {1T 521.1}

To trifle with hearts is a crime of no small magnitude in the sight of a holy God. And yet some will show preference for young ladies and call out their affections, and then go their way and forget all about the words they have spoken and their effect. A new face attracts them, and they repeat the same words, devote to another the same attentions. This disposition will reveal itself in the married life. The marriage relation does not always make the fickle mind firm, the wavering steadfast and true to principle. They tire of constancy, and unholy thoughts will manifest themselves in unholy actions. How essential it is, then, that the youth so gird up the loins of their mind and guard their conduct that Satan cannot beguile them from the path of uprightness. {AH 57.2}

HAVE YOU SPOKE TO HER FATHER BEFORE STEALING HER HEART?

A young man who enjoys the society and wins the friendship of a young lady unbeknown to her parents does not act a noble Christian part toward her or toward her parents. Through secret communications and meetings he may gain an influence over her mind, but in so doing he fails to manifest that nobility and integrity of soul which every child of God will possess. In order to accomplish their ends, they act a part that is not frank and open and according to the Bible standard, and prove themselves untrue to those who love them and try to be faithful guardians over them. Marriages contracted under such influences are not according to the word of God. He who would lead a daughter away from duty, who would confuse her ideas of God’s plain and positive commands to obey and honor her parents, is not one who would be true to the marriage obligations. . . . {AH 57.3}

“Thou shalt not steal” was written by the finger of God upon the tables of stone, yet how much underhand stealing of affections is practiced and excused! A deceptive courtship is maintained, private communications are kept up, until the affections of one who is inexperienced, and knows not whereunto these things may grow, are in a measure withdrawn from her parents and placed upon him who shows by the very course he pursues that he is unworthy of her love. The Bible condemns every species of dishonesty. . . . {AH 58.1}

This underhand way in which courtships and marriages are carried on is the cause of a great amount of misery, the full extent of which is known only to God. On this rock thousands have made shipwreck of their souls. Professed Christians, whose lives are marked with integrity, and who seem sensible upon every other subject, make fearful mistakes here. They manifest a set, determined will that reason cannot change. They become so fascinated with human feelings and impulses that they have no desire to search the Bible and come into close relationship with God. {AH 58.2}

FAMILIARITY & ABSTAINING FROM THE APPEARANCE OF EVIL

I write with a distressed heart that the women in this age, both married and unmarried, too frequently do not maintain the reserve that is necessary. They act like coquettes. They encourage the attentions of single and married men, and those who are weak in moral power will be ensnared. These things, if allowed, deaden the moral senses and blind the mind so that crime does not appear sinful. Thoughts are awakened that would not have been if woman had kept her place in all modesty and sobriety. She may have had no unlawful purpose or motive herself, but she has given encouragement to men who are tempted, and who need all the help they can get from those associated with them. By being circumspect, reserved, taking no liberties, receiving no unwarrantable attentions, but preserving a high moral tone and becoming dignity, much evil might be avoided. {AH 331.3}

I have long been designing to speak to my sisters and tell them that, from what the Lord has been pleased to show me from time to time, there is a great fault among them. They are not careful to abstain from all appearance of evil. They are not all circumspect in their deportment, as becometh women professing godliness. Their words are not as select and well chosen as those of women who have received the grace of God should be. They are too familiar with their brethren. They linger around them, incline toward them, and seem to choose their society. They are highly gratified with their attention. {AH 332.1}

From the light which the Lord has given me, our sisters should pursue a very different course. They should be more reserved, manifest less boldness, and encourage in themselves “shamefacedness and sobriety.” Both brethren and sisters indulge in too much jovial talk when in each other’s society. Women professing godliness indulge in much jesting, joking, and laughing. This is unbecoming and grieves the Spirit of God. These exhibitions reveal a lack of true Christian refinement. They do not strengthen the soul in God, but bring great darkness; they drive away the pure, refined, heavenly angels and bring those who engage in these wrongs down to a low level. {AH 332.2}

Women are too often tempters. On one pretense or another they engage the attention of men, married or unmarried, and lead them on till they transgress the law of God, till their usefulness is ruined, and their souls are in jeopardy. . . . If women would only elevate their lives and become workers with Christ, there would be less danger through their influence; but with their present feelings of unconcern in regard to home responsibilities and in regard to the claims that God has upon them, their influence is often strong in the wrong direction, their powers are dwarfed, and their work does not bear the divine impress. {AH 333.1}

There are so many forward misses and bold, forward women who have a faculty of insinuating themselves into notice, putting themselves in the company of young men, courting the attentions, inviting flirtations from married or unmarried men, that unless your face is set Christward, firm as steel, you will be drawn into Satan’s net. {AH 333.2}