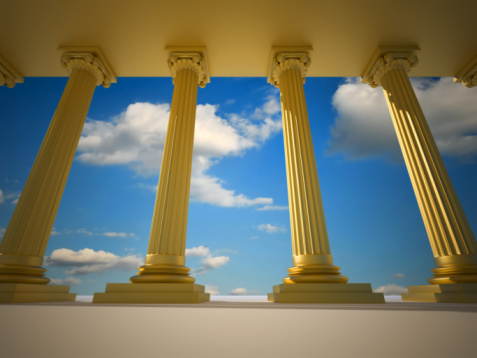 We cannot now step off the foundation that God has established. We cannot now enter into any new organization, for this would mean apostasy from the truth.–2SM 390 (1905). {LDE 55.2}

Many sincere SDA’s have read the above quote and have been mislead because this quotation was taken out of context and misapplied by General Conference Leaders of the denomination. In order to have the correct understanding of this quote we must read the original passage taken from 2nd Selected Messages pg. 390. D.H.

Those who passed through these experiences are to be as firm as a rock to the principles that have made us Seventh-day Adventists. They are to be workers together with God, binding up the testimony and sealing the law among His disciples. Those who took part in the establishment of our work upon a foundation of Bible truth, those who know the waymarks that have pointed out the right path, are to be regarded as workers of the highest value. They can speak from personal experience, regarding the truths entrusted to them. These men are not to permit their faith to be changed to infidelity; they are not to permit the banner of the third angel to be taken from their hands. They are to hold the beginning of their confidence firm unto the end. {2SM 389.4}

The Lord has declared that the history of the past shall be rehearsed as we enter upon the closing work. Every truth that He has given for these last days is to be proclaimed to the world. Every pillar that He has established is to be strengthened. We cannot now step off the foundation that God has established. We cannot now enter into any new organization; for this would mean apostasy from the truth.–Manuscript 129, 1905. {2SM 390.1}

Now that we have read the complete context of the passage, we see that she is speaking about the message (the three angels message) that has made us Seventh-Day Adventists. When she says no new organization, she means no new message. The 3 Angels messages are the only messages capable of sealing you in preparation for the second coming of Christ. It is not because we are baptized and our name placed on the church books that makes us Adventists, but the 3 Angels Messages, that makes us Seventh Day Adventists. And to depart from the message would be forming a new organization. D.H.

Has the denomination formed a “New Organization“?

The enemy of souls has sought to bring in the supposition that a great reformation was to take place among Seventh-day Adventists, and that this reformation would consist in giving up the doctrines which stand as the pillars of our faith, and engaging in a process of reorganization. Were this reformation to take place, what would result? The principles of truth that God in His wisdom has given to the remnant church, would be discarded. Our religion would be changed. The fundamental principles that have sustained the work for the last fifty years would be accounted as error. A new organization would be established. Books of a new order would be written. A system of intellectual philosophy would be introduced. The founders of this system would go into the cities, and do a wonderful work. The Sabbath of course, would be lightly regarded, as also the God who created it. Nothing would be allowed to stand in the way of the new movement. The leaders would teach that virtue is better than vice, but God being removed, they would place their dependence on human power, which, without God, is worthless. Their foundation would be built on the sand, and storm and tempest would sweep away the structure. {1SM 204.2}

Who has authority to begin such a movement? We have our Bibles. We have our experience, attested to by the miraculous working of the Holy Spirit. We have a truth that admits of no compromise. Shall we not repudiate everything that is not in harmony with this truth? {1SM 205.1}

I hesitated and delayed about the sending out of that which the Spirit of the Lord impelled me to write. I did not want to be compelled to present the misleading influence of these sophistries. But in the providence of God, the errors that have been coming in must be met. {1SM 205.2}

Since it is clear that she defined in the previous statement what a “new organization” is, we see that the denomination has already formed a “new organization” through the apostasy of “The Great Hope” in place of the “The Great Controversy” and is still being fulfilled today. She also stated that the “structure” would be swept away. What should we do? D.H.

I was confirmed in all I had stated in Minneapolis, that a reformation must go through the churches. Reforms must be made, for spiritual weakness and blindness were upon the people who had been blessed with great light and precious opportunities and privileges. As reformers they had come out of the denominational churches, but they now act a part similar to that which the churches acted. We hoped that there would not be the necessity for another coming out. While we will endeavor to keep the “unity of the Spirit” in the bonds of peace, we will not with pen or voice cease to protest against bigotry. {16MR 216.4}

I saw that God has honest children among the nominal Adventists and the fallen churches, and before the plagues shall be poured out, ministers and people will be called out from these churches and will gladly receive the truth. Satan knows this; and before the loud cry of the third angel is given, he raises an excitement in these religious bodies, that those who have rejected the truth may think that God is with them. He hopes to deceive the honest and lead them to think that God is still working for the churches. But the light will shine, and all who are honest will leave the fallen churches, and take their stand with the remnant. {EW 261.1}

The organization that we must be apart of is Christ and his truth. The PRESENT TRUTH. This truth is revealed in Revelation 14:6-12. Have you been worshipping where these truths are being presented? If not, than you cannot be prepared for the second coming of Christ. I would encourage you to find where these truths are being presented in your area. We are in great need of more self-supporting workers, ministries, and churches. Let us be about our Father’s business so that sincere souls that desire to learn the truth may be brought into an environment of holiness rather than confusion. The SDA church is NOT Babylon, but most of the churches are in apostasy. We must separate from sin and apostasy. We are never to sit and tolerate sin. God says that His true worshippers in these last days will “worship the Father in Spirit and truth”. John 4:23,24. The Spirit of God must be present and the complete truth of His word. The 3 Angels Messages which are PRESENT TRUTH. This is the only worship he will accept at this time. Are you apart of a “new organization“? Or are you apart of Christ and His PRESENT TRUTH.